The Last Ten Years of the Tenth Panchen Lama: Restructuring Buddhism in Tibet 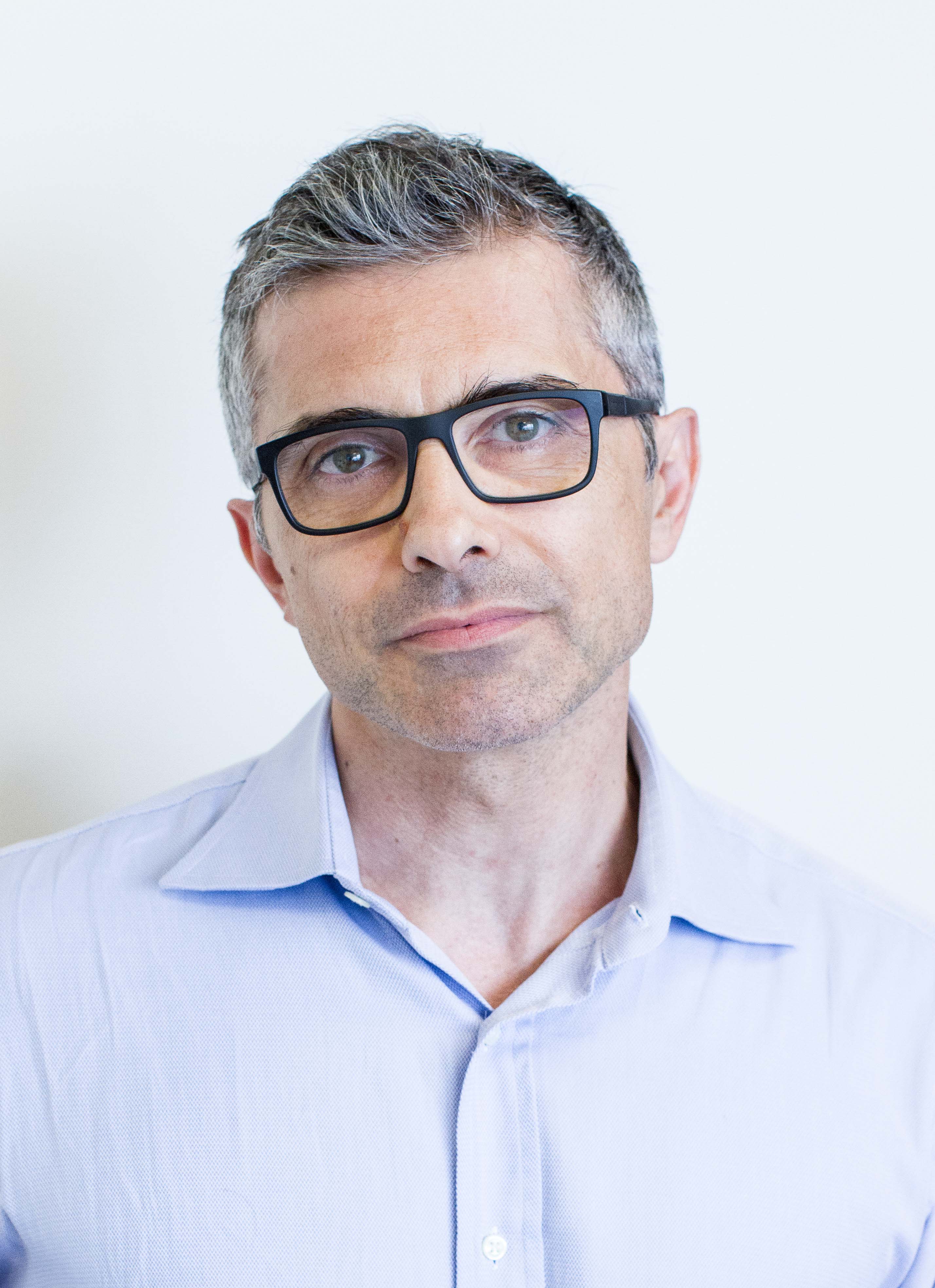 When one morning in October 1977 the Tenth Panchen Lama of Tibet (1938-1989) Chokyi Gyeltsen was released from the Qincheng Prison in Beijing, he had a mixed reputation among his fellow Tibetans. Some revered him as a spiritual leader at the top of Tibetan religious and political hierarchy, second only to the Dalai Lama, Tenzin Gyatso (the leader of Tibet until 1959 and already in India for nearly two decades at the time). Chokyi Gyeltsen was also the head of the influential Tashi Lhunpo monastery and the tenth in the prestigious Panchen Lama reincarnation lineage.

Others saw him as a collaborator of the Chinese government and a convert to the Communist Party of China due to his open sympathies for Socialism, his admiration for Mao Zedong, and his acceptance of the position of deputy chairman of the Chinese People’s Political Consultative Conference in 1954. Whatever his political inclinations and convictions, there is little doubt that in the last decade of his life from 1980 to 1989, Chokyi Gyeltsen was committed to taking advantage of his political capacity to bring back dignity and success to Tibetans, especially by improving their lives through enhancing their access to religious freedom, modern education, and reformed Buddhism. Chokyi Gyeltsen spent eighteen years of his life in a maximum-security prison and under house arrest for having denounced the negative results brought about by the Democratic reforms in Tibet in what became known as the ‘70,000 character report’. Nevertheless, under Deng Xiaoping’s government he was politically rehabilitated as Vice Chairman of the National People’s Congress of China, a position he held until his death in 1989.

Chokyi Gyeltsen’s release coincided with a new era in China led by Deng Xiaoping and Hu Yaobang that saw the beginning of transformations in economy, society, and culture through socio-economic reforms and openings to the Euro-American markets. In order to liberalize the economy and stimulate growth, Chinese leaders relaxed their tight control on society and allowed relative freedom in terms of access to culture, travel, publishing, and religion. By the end of the Cultural Revolution in the late 1970s, however, traditional Tibetan life, language, and religion were diminished.

A structural decline had been caused by years of aggressive ideology, destruction, and harm that had a negative impact on the Buddhist teachings, monasteries, and monastics. Despite the harshness of the past decades and the difficulties ahead, Chokyi Gyeltsen did not leave for a life in exile like thousands and thousands of compatriots. He decided instead to stay in China and work to improve Tibetans’ living conditions. Knowing that Tibetans’ cultural and religious identities mattered a great deal to them, he assisted his fellow compatriots in recovering their culture, language, and traditions, including Buddhism. As Buddhism resurged in mainland China, so did it in Tibet, where temples, monasteries, and nunneries were reopened.

Chokyi Gyeltsen was born as a reincarnate being (tülku), trained as a monk in the Geluk school of Tibetan Buddhism, and became the head of the influential Tashi Lhunpo monastery in Central Tibet. He was not only familiar with the philosophical and doctrinal tenets of the tradition in which he was trained, but he was also a charismatic religious leader and part of the political hierarchy in Tibet. By 1986, he had traveled extensively across several areas of Tibet, visiting schools and Buddhist institutions, meeting thousands of fellow Tibetans, encouraging the reopening of monasteries, and talking to local administration and religious leaders. He gave dozens of public speeches in monasteries, schools, and outdoor venues to thousands of Tibetans who would gather from far away to have a chance to see him in person. These fact-finding missions helped Chokyi Gyeltsen elaborate a plan to best support a resurgence of local culture, a revitalization of Buddhism, and an innovative approach to literacy among his fellow Tibetan compatriots that conformed to the modern Socialist vision of the political philosophy of China. His speeches, most of which are collected in a three-volume set while others are preserved in various offices across Tibetan areas and China, are a precious source of information about his ideas and vision for the future.

Chokyi Gyeltsen knew very well that for religion to be accepted again in a modernizing China, it needed to minimize old customs, blind faith, and uncritical beliefs while adjusting its doctrines and organization to the secular and rational ways of the industrialized world. Religious leaders and congregations also needed to show respect to new regulations and adapt their religious life to the Socialist views of the Communist Party. As a policymaker and Buddhist hierarch, he became a member of the Buddhist Association of China (BAC), a supervisory organ of Buddhism in China linked to the State Administration for Religious Affairs (SARA). Familiar with the continually developing ideas and policies about religion in China already before and especially in the early 1980s, Chokyi Gyeltsen considered how to make these work among Tibetans as well. The reforms to Buddhism actualized by the Chinese Chan Buddhist monk and thinker Taixu (1890-1947), the father of modern Buddhism in China and inventor of the Buddhist institutions known as Buddhist Academies (foxueyuan) were still very fresh and relevant in the 1980s. His influence on modern Buddhist education was profound for Chinese as well as Tibetan Buddhist institutions. Taixu’s legacy has continued to reverberate in the formation of Buddhist institutions in China until today and several high ranking Tibetan Buddhist teachers have assimilated his ideas. Only within this background can we appreciate the intellectual and political forces behind Chokyi Gyeltsen’s views on how to relaunch Buddhism and Buddhist education in Tibet in the 1980s.

Renovation of Buddhist monasticism and to some extent the broader Tibetan social order were fundamental to Chokyi Gyeltsen’s view of a new Tibet. Harmony for him could only be restored through the empowerment of the individual, personal experience, supportive communities, and the promotion of purification, literacy, and morality. These were central features of the modern  imagination of the period and also the best way to achieve some form of peaceful relationship with the socialist ideology at the base of the Chinese government. In his talks, Chokyi Gyeltsen advances a nuanced argument about the nature of equality and justice in human affairs. He does this by calling for some innovation within the practice of Tibetan Buddhism in two main spheres: a religious one emphasizing purification and moral conduct, and a political one promoting education, rationalization, and social engagement as influenced in part by the Socialist view and policies of his time. He was very critical of the condition of monasticism in Tibet at the end of the Cultural Revolution. In a public speech delivered in the Tibetan town of Sertar in Eastern Tibet, he commented that “Monks should uphold purity in monasteries. Being pure monks who know the dharma [Buddhist doctrine] is a perfect virtue appropriate for every monk. But, how many monks are virtuous nowadays?” In addition, “We Tibetans,” he is quoted saying, “thanks to the responsibility of the Party, have achieved equality in terms of political rights. But as for wealth and culture, since we drag behind, equality will be absolutely impossible. This is really not right, but it’s a mistake of lacking culture. You should all study hard!”

Chokyi Gyeltsen emphasized modernization and social change as the primary role of Buddhist moral ethics, religiosity, and education in Tibet. With this vision in mind, in 1986 he founded the Advanced Academy for Tibetan Buddhist Studies of China in Beijing to train talented Tibetan monastics in Buddhist doctrine and philosophy as well as more secular subjects including history, Chinese language, and politics. In 1987 he applied the same vision in Tibet and oversaw the establishment of the first Buddhist Academy in Eastern Tibet, the Larung Five Sciences Buddhist Academy, founded by the influential Buddhist master Khenpo Jikmé Puntsok (1933-2004). He encouraged Tibetan Buddhist teachers’ to reach out to Chinese devotees, promoted the popularization of some Buddhist sacred places as pilgrimage destination for Tibetan devotees, especially Mount Wutai in Shanxi province, and suggested that not only should Tibetans improve their knowledge of their own language, but they should learn Mandarin Chinese and other foreign languages.

A reading of the Tenth Panchen Lama’s public speeches thus allows for new insights into the role Chokyi Gyeltsen had not only in the Buddhist resurgence in Tibet and the renewal of monastic education in the 1980s but also in the restructuring of expressions of Buddhist religiosity in the face of the contemporary socio-political challenges. It also shows that the Tenth Panchen Lama as a transnational actor attempted at bridging two cultures and political philosophies experimenting on modern concepts of education and religiosity, as well as advocating for interethnic harmony as learned and appropriated through his Chinese political experience.

This is an abridged version of a paper that Antonio Terrone presented at the Annual Meeting of the American Academy of Religion and Society of Biblical Literature (AAR/SBL) held in Boston, MA, November 17-21, 2017, as a contribution to the panel “Voices from Larung Gar.” The paper is a preview of a book that Antonio Terrone is writing about the role of the Tenth Panchen Lama in the revival of Buddhism in Tibet in the 1980s.