Spotlight on ‘Women-Church’ in Atla Religion Database and Atlas 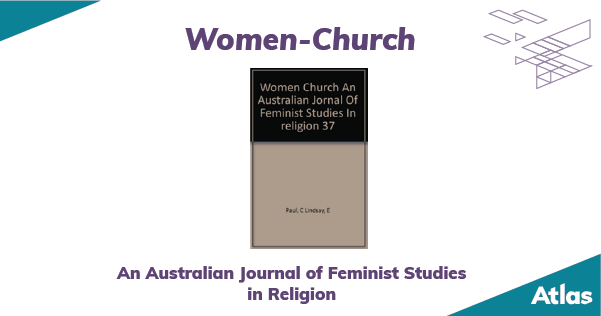 Women-Church, an historically significant ceased title, was published by Women-Church in Australia. This journal covers a broad range of topics in the fields of feminist theology, religion, and spirituality. Under the umbrella of feminism, the journal included content from authors that held a diversity of understandings and perspectives. Over a 20-year period, the journal documented major changes in feminist religious culture. It encouraged contributions from more marginalized groups and maintained its non-refereed status in order to remain accessible to a wide range of readers. 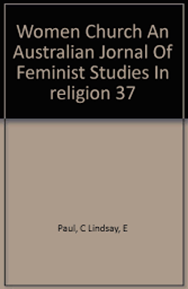 Women-Church is indexed in Atla Religion Database®, and in August, Atla added the full text of Women-Church to AtlaSerials® (Atlas®). In celebration of this exciting addition, Atla Licensing Manager Gregg Taylor and Product Specialist Todd Aiello spoke with founding co-editor Dr. Erin White and long-term editor Dr. Elaine Lindsay about the journal and its major impact on religious scholarship.

In the 1960s and 1970s, a rise in feminist thought brought changes to the way people thought about the role of women in society, the political sphere, and every other aspect of daily life, including spirituality. Women became more emboldened during this time to express their own form of spirituality outside of a patriarchal perspective.

In this context, a group of women was brought together by Dr. Erin White and Joan Powell in April 1985. They called themselves ‘Women and Religion’ and their purpose was to experience a spirituality led by and for women. Along with continuing to advocate for a greater role for women in religion, they began holding their own women-led ceremonies that were not tied to any specific doctrine or confined to Christianity. Taking advantage of the visit of Pope John Paul II to Sydney in 1986, the group raised money to publish an ad in the Sydney Morning Herald in the form of a Protest Creed (reprinted in issue 39), a brief statement of an inclusive theology. Once the ad was paid for, $400 remained, providing the seed funding for a journal.

Dr. White joined forces with historian Dr. Hilary Carey and they set about making the journal Women-Church a reality. There was already an Australian magazine that had been in circulation since the 1970s called Magdalene featuring women’s stories and discussing the work of overseas theologians such as Elisabeth Schüssler Fiorenza and Rosemary Radford Ruether. The latter’s work, Women-Church: Theology and Practice of Feminist Liturgical Communities, inspired the name of the new journal, Women-Church: An Australian Journal of Feminist Studies in Religion. While concern was expressed that the word ‘church’ might alienate some people, it was agreed that the name had to signify the journal’s place in the wider world of religion.

Contributions that were written from a feminist perspective and relevant to religion were sought. These contributions included personal reflections, poems, cartoons, book reviews, liturgies, and letters. The goal was to give voice to women and to counteract the impression that women had nothing to contribute to theological scholarship. An additional goal was to liberate theology from the ivory towers of academia and create a forum that displayed the creative ways the divine could be experienced and expressed when not hamstrung by organizations, dogmas, and rules.

From its launch in August 1987, Women-Church found an immediate audience with women who wanted access to a local feminist spiritual culture. It gave them a new source of information, alerting them to events, courses, and other gatherings which they could attend and to which they could contribute. Connections formed at such occasions led to the development of resources such as a series of rituals reflecting key events in women’s lives, including the naming of children, divorce, responding to domestic violence, and aging. The Women-Church group spearheaded the creation of these rituals, and women throughout Australia shared their own life experiences.

Women-Church’s impact on scholarship was profound. In the words of Dr. White and Dr. Lindsay, it provided a place where women could publish professionally and helped to build a network of women scholars who co-operated with but were independent of the academy and religious orders. It enriched and democratized scholarship by introducing new voices and perspectives and making specialist material available to a broader readership. It is now the source of a rich amount of primary historical and sociological material on the subjects of feminism and religion and spirituality. Because it encouraged dialogue between so many different voices, there is a wealth of varied material in every issue. Additionally, features about divorce, homosexuality, climate and the environment, sexual abuse in the church, and the use of inclusive language are ways in which the groundbreaking nature of Women-Church is evident. Among its subscribers were Harvard University, the Catholic Women’s Network of London, the University of London, the Catholic Institute of New Zealand, and theological colleges and individuals all over the world.

Dr. White and Dr. Lindsay highlighted many of the contributors who helped make Women-Church possible over its twenty years. Dr. Carey and Dr. White edited the first two issues, Dr. Colleen O’Reilly, an active proponent of women’s ordination, co-edited the third and fourth issues with Dr. White, while moral theologian Dr. Camille Paul did so for issues 5-11, at which point author, editor and activist Dr. Lindsay joined and edited the journal with Dr. Paul for the remainder of its run. Retired medical doctor Prue McPhillips became the journal’s first Administrator, ably succeeded by arts executive Irene Stevens, while typesetter Margaret Knowlden prepared each issue for publication, and sociologist Dr. Kathleen McPhillips designed the logo. Throughout 40 issues, 284 individuals contributed works to Women-Church. One contributor who must be mentioned is Dr. Graham English, the journal’s cartoonist. His cartoons, described by both Dr. White and Dr. Lindsay as universal and lively, provide much of the soul of the publication.

Dr. Lindsay and Dr. White pointed to several issues that would be of particular interest to Atla’s subscribers, such as double issues for volumes 11, 21, and 31, and the final two issues, 39 and 40, which reflected on the journal’s history and the vast field of subjects it covered. Within the full text of Women-Church available in Atlas, one can review the works of diverse contributors from academics to astrologers, from biochemists to music composers, and from monks to witches. Traditions including the major Christian faiths, Islam, Judaism, Buddhism, Indigenous religions, and secular mysticism intermingle through its pages, discussed in ways that no one else at the time was offering in a single publication. Atla staff are excited to share all that Women-Church has contributed to the worlds of academia, theological scholarship, religious history, and feminist thought.

This post is an ongoing series highlighting ceased journals that have an enduring scholarly legacy. Learn more about the work Atla is doing to include these titles in our research tools.

Gorgias Press is a premier publisher and a trusted partner of Atla. We spoke with founder Dr. Kiraz about his company’s history, scope, relationship with Atla, and some exciting news.
Post