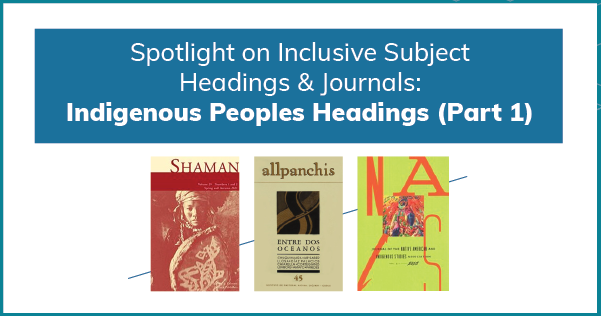 As the leaders in connecting global scholarly communities with trusted resources in religion and theology, we are consistently exploring ways to expand the diversity of topics, languages, traditions, and practices covered in our research tools. We have committed ourselves to recognizing where the gaps in our coverage occur and then working to ensure that we fill these gaps.

Todd Aiello, Atla’s Product Specialist, recently spoke with Jill Annitto, Head of Metadata and Editorial Operations, and Nina Shultz, Metadata Editor and our in-house expert on Indigenous materials, about the revisions made to our vocabulary to better identify scholarship on Indigenous peoples.

For the last several years, Atla has been updating topical authorities with the goal of making them more inclusive. In this post, we will focus on the work done to update Indigenous peoples’ headings (guided by the Indigenous peoples’ own self-identification), the steps we’ve taken to make the related material more accessible, and the updates to previous headings that were confusing, inaccurate, and simply outdated. 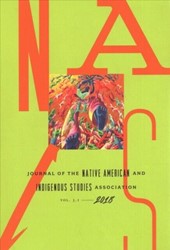 The first part of our project involved changing the broadest Indigenous peoples’ headings from Indians of … to Indigenous peoples of …. Then we updated the narrower tribal headings to reflect the names that the individual groups use to describe themselves (the emic term) as well as removing the word “Indians” from these headings.

For example, using Dakota rather than Sioux, Ojibwe rather than Chippewa; changing Apache Indians to Apache (North American people). The original terms are now Used for terms in the thesaurus.

The second part of our project considered underrepresented groups; specifically, how difficult it can be for researchers to find this type of material. We addressed this by adding the broadest Indigenous peoples’ headings in addition to the tribal name, which in many cases is an infrequently used term that may not be the most obvious choice for searching by a typical researcher.

The final part of the project involved reviewing headings that were confusing (Indians—Medicine); misleading (Indian mythology – mythology from India or Indigenous mythology?); and outdated (Indians as mascots).

For the examples above, Indians—Medicine was rolled into Traditional Medicine; Indian mythology is now the more inclusive Indigenous peoples—Mythology (mythology from India is Mythology, Indic); material using Indians as mascots was reindexed and the heading was deleted. 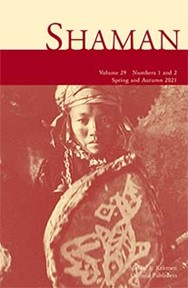 For example, we are updating our articles related to African peoples to carry the broader language group (Bantu-speaking peoples) in addition to tribe name to assist researchers who may know the area of Africa they want to research, but not the specific tribe. We have applied a similar treatment to articles related to the Indigenous people of Australia and Arctic peoples. These changes are anticipated to be live in late 2022.

In total, the Atla thesaurus has nearly 2,000 headings on Indigenous peoples, their culture, language, and traditions from around the world.

In total, the Atla thesaurus has nearly 2,000 headings on Indigenous peoples, their culture, language, and traditions from around the world.

While it was a challenge to reassign categories to each article, Nina shared that the positive feedback we have received from both internal partners and external customers has shown us that the efforts have been well worth it. 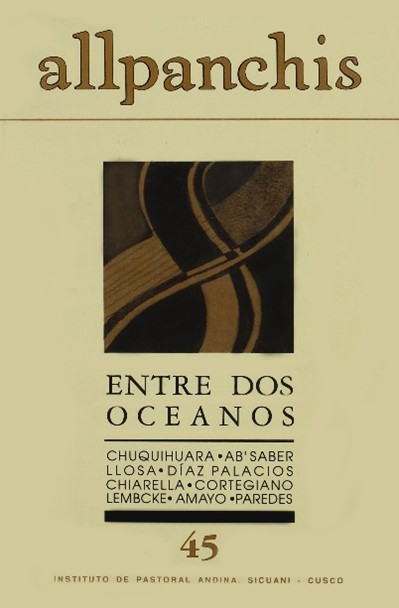 Next month (November 2022), we will highlight the titles we include in our research tools that cover Indigenous peoples in a post entitled “Spotlight On Inclusive Subject Headings and Journals: Content Related to Indigenous Peoples (Part 2).”

We will continue in our efforts to improve the inclusivity and diversity of our research tools and we welcome any suggestions that will assist us in this initiative.

We also invite you to suggest content (including journal titles and essay collections) for inclusion in our research tools. For more information on how content is evaluated and to learn how to recommend a title for inclusion in Atla’s research tools: https://0-www-atla-com.librarycatalog.vts.edu/for-publishers/evaluation-rdb/

With over thirty-one European countries represented in our Atla Research Tools, we have chosen a few titles to highlight this month.
Post