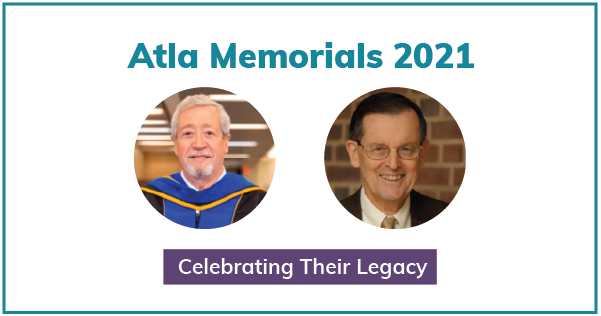 As we celebrate Atla’s 75th year, we also celebrate the lives and legacies of the members we lost this year. During Atla Annual 2021 Online, we took a moment to remember them and their many achievements. 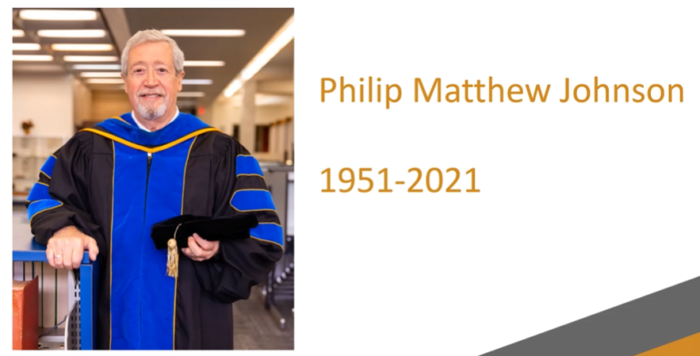 Philip Matthew Johnson entered the presence of the Lord surrounded by his wife and family on February 10, 2021, after a battle with the coronavirus. He was 69.

Phil was born on August 12, 1951, in Philadelphia, Pennsylvania. He attended The King’s College in New York, where he met and later married Deborah Lynn Geary on June 24, 1969. The couple moved to Seattle, Washington, where he completed his bachelor’s in biology at Seattle Pacific University before settling in Dallas, Texas. While working in Dallas, Phil earned his master’s in theology at Dallas Theological Seminary, a master’s in library science at the University of North Texas, and a PhD in history at the University of Texas at Dallas.

He became a librarian at DTS where he worked for eight years before becoming the Library Director at Multnomah University in Portland, Oregon. While at Multnomah, Phil was a popular professor of American history as well as the English Bible. He retired from Multnomah in the summer of 2020 after twenty-three years of service. Throughout his career, Phil served as a Sunday school teacher and supply preacher, filling the pulpits of a number of area churches where his deep knowledge of scripture and Biblical history was greatly admired. He was a member of Saint Matthew’s Anglican Church in Portland, where he sang tenor in the choir. He leaves behind his beloved wife, a daughter, a son, four grandchildren, and six siblings.

A verse that guided Phil throughout his life was Psalm 27:4: “One thing have I desired of the LORD, and that will I seek after; that I may dwell in the house of the LORD all the days of my life, to behold the beauty of the LORD, and to inquire in His temple.”

William T. Henderson (Bill) grew up in Ridge Farm, Illinois, a town of 800 or so. What was unusual about this town was that it had a Carnegie library building, a paid staff member, and a sizable, growing collection. The Henderson family members were avid readers and Bill, early on, accompanied his mother to the library. As he grew older, he won a scholarship to the University of Illinois to major in floriculture, another interest of Bill’s. Like many others, he found his way to McKinley Foundation, the Presbyterian student center. There he met Kathryn Luther, his future wife.

In addition to his coursework, he enrolled in the ROTC program and, upon graduation, was commissioned a second lieutenant in the Army Quartermaster Corps. The Korean Conflict was flaring up, and Bill was soon called to active duty. He spent 13 ½ months in Korea in charge of a laundry company near a very active battlefront and was discharged from the Army in late June 1953. He was accepted at McCormick Theological Seminary (Chicago). Kathryn was hired as a professional librarian at the seminary’s library, and they were married on August 22, 1953. Bill was offered a student library job during his student years at McCormick and, upon graduating, was offered the new position of Acquisitions Librarian contingent upon his completing a master’s degree in library science at the University of Chicago.

Calvin Schmidt, the Chief Librarian, was very active in Atla (which was then called ATLA). He made it possible for Kathryn and Bill to attend Atla’s annual conferences. There, they made many friends as they participated in Atla’s endeavors. They had the pleasure of visiting several Atla libraries.

In 1965, Kathryn was asked to join the faculty of her alma mater, the Graduate School of Library and Information Science at the University of Illinois Urbana-Champaign, and Bill chose a position related to binding/preservation. Later, Bill was asked to present a paper at an Atla session on those important, growing concerns of librarianship. Together, they developed a new course in the library/information science curriculum related to preservation.

Thanks to Atla members throughout the years for their friendship and professional contributions to our professional and personal lives.

Thank you to Megan Welsh and Vance Thomas of the Atla Conference Committee for organizing, writing, and presenting these memorials at Atla Annual 2021 Online.

Do you already miss Atla Annual? We have new session recordings available on Sched!
Post

Celebrate Atla's 75th Anniversary by looking back at the Atla Annual Conference over the years, and hear from members what they love about Atla Annual.